“After hopscotching around the issue,” McGaffe now stands in lockstep with Speaker Pelosi on impeachment

In classic Amy McGaffe fashion, her views on the issue of impeachment differ depending on whether her audience is comprised of Californians or Kentuckians – on whether she is hoping to raise money or earn votes.

In case you missed a maneuver that is perfectly emblematic of the failed liberal politician’s pattern of pandering to far-left donors on the coasts, “Democratic U.S. Senate candidate Amy McGrath has come out in support of the House of Representatives impeaching President Donald Trump in a fundraising email sent Thursday.” McGaffe let the secret slip after she was widely panned by observers this week for issuing a seven-paragraph statement on impeachment…that fails to say whether she supports impeachment.

Democratic U.S. Senate candidate Amy McGrath has come out in support of the House of Representatives impeaching President Donald Trump in a fundraising email sent Thursday.

In a message to supporters, McGrath, who is trying to unseat Senate Majority Leader Mitch McConnell in 2020, noted how she called for an impeachment inquiry months ago.

“[McGrath] has been chastised by liberals for sidestepping thorny issues such as impeachment, which many Kentuckians fiercely oppose. The Mason-Dixon poll released in October found 65% of Kentuckians opposed impeaching and removing Trump from office, compared with 29% in support.

McGrath said in the campaign statement sent to reporters Wednesday that the inquiry into Trump was warranted. But she bypassed saying whether she agreed with the Democratic-controlled House’s action, which was almost entirely along party lines…Political observers notice that McGrath never addressed whether she supported the House vote.

As a reminder, McGaffe launched her Senate campaign lying to the people of Kentucky about wanting to work with President Trump – whose victory she shamefully compared to 9/11. Shortly thereafter, McGaffe’s rocky rollout turned into a “campaign nightmare” when she gave diametrically different answers to the question of whether she would have voted to confirm Justice Brett Kavanaugh.

Just hours prior to this latest flip-flop, meanwhile, President Trump made a prescient prediction about how McGaffe “won’t be very good against Mitch McConnell”: 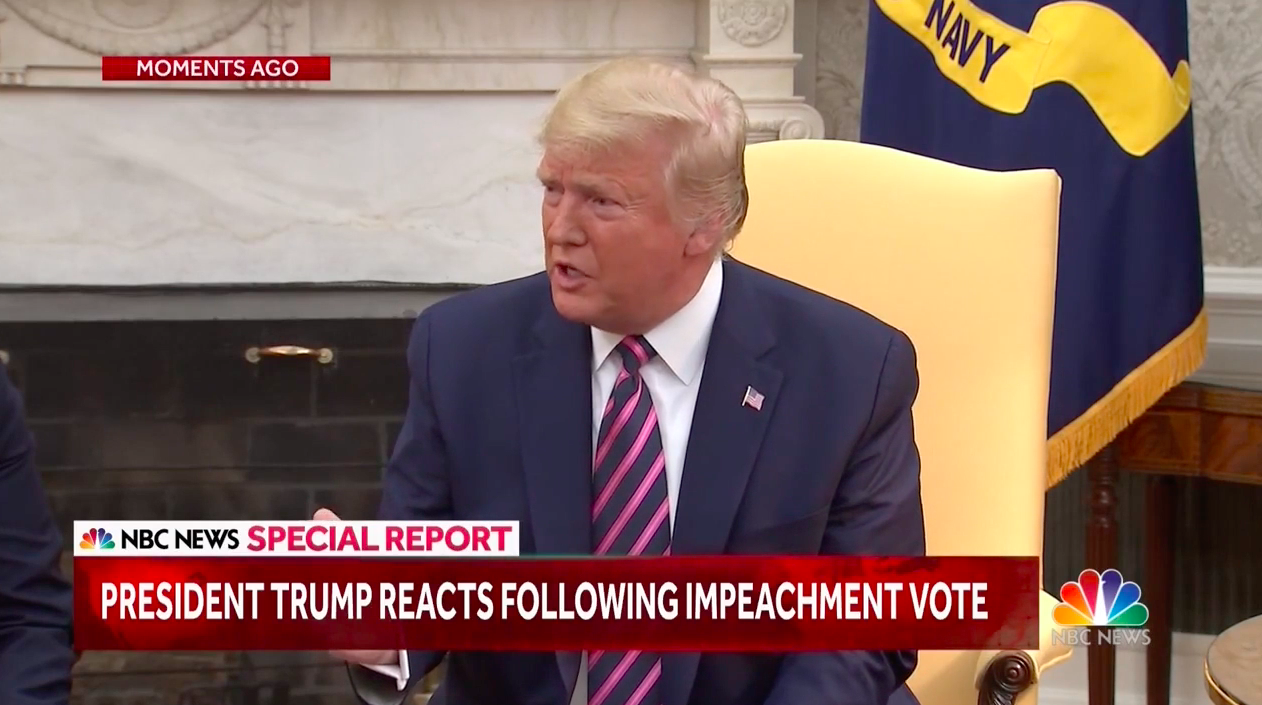 And just after McGaffe announced that she stands in lockstep with Speaker Pelosi on impeachment, The Courier-Journal lampooned a candidate who “to this point has impressed only with her ability to read a script emailed to her from a corporate party polling subcommittee”: 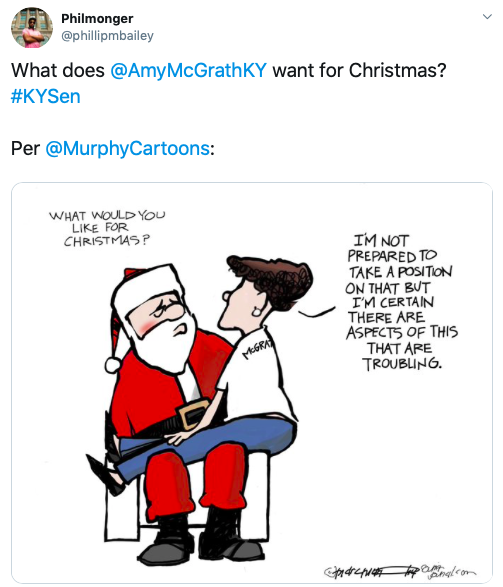 ICYMI, read more via The Courier Journal on the embarrassing rollout of Amy McGaffe’s staunch support for impeachment